Then Jesus said, “Come to me, all of you who are weary and carry heavy burdens, and I will give you rest. 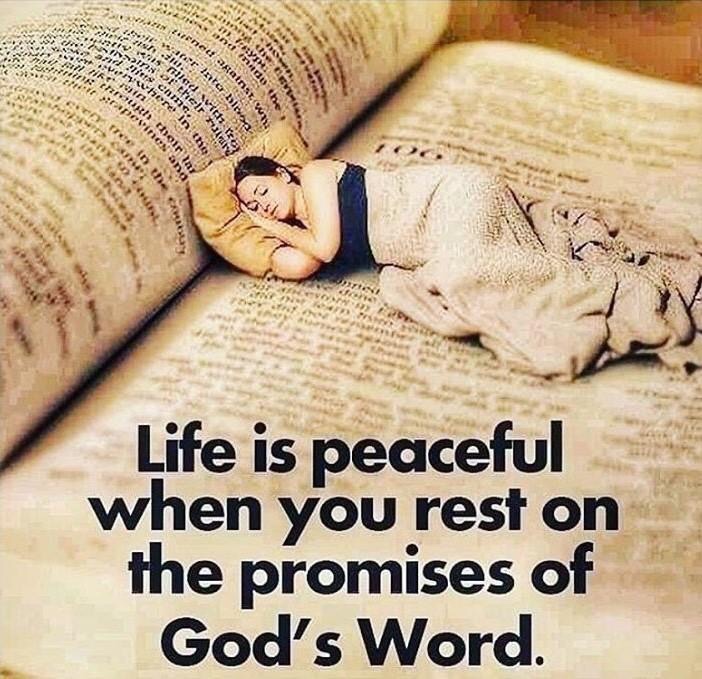 105 O give thanks unto the Lord; call upon his name: make known his deeds among the people.

2 Sing unto him, sing psalms unto him: talk ye of all his wondrous works.

3 Glory ye in his holy name: let the heart of them rejoice that seek the Lord.

4 Seek the Lord, and his strength: seek his face evermore.

5 Remember his marvellous works that he hath done; his wonders, and the judgments of his mouth;

6 O ye seed of Abraham his servant, ye children of Jacob his chosen.

7 He is the Lord our God: his judgments are in all the earth.

8 He hath remembered his covenant for ever, the word which he commanded to a thousand generations.

9 Which covenant he made with Abraham, and his oath unto Isaac;

10 And confirmed the same unto Jacob for a law, and to Israel for an everlasting covenant:

11 Saying, Unto thee will I give the land of Canaan, the lot of your inheritance:

12 When they were but a few men in number; yea, very few, and strangers in it.

13 When they went from one nation to another, from one kingdom to another people;

14 He suffered no man to do them wrong: yea, he reproved kings for their sakes;

15 Saying, Touch not mine anointed, and do my prophets no harm.

16 Moreover he called for a famine upon the land: he brake the whole staff of bread.

17 He sent a man before them, even Joseph, who was sold for a servant:

18 Whose feet they hurt with fetters: he was laid in iron:

19 Until the time that his word came: the word of the Lord tried him.

20 The king sent and loosed him; even the ruler of the people, and let him go free.

21 He made him lord of his house, and ruler of all his substance:

22 To bind his princes at his pleasure; and teach his senators wisdom.

23 Israel also came into Egypt; and Jacob sojourned in the land of Ham.

24 And he increased his people greatly; and made them stronger than their enemies.

25 He turned their heart to hate his people, to deal subtilly with his servants.

26 He sent Moses his servant; and Aaron whom he had chosen.

27 They shewed his signs among them, and wonders in the land of Ham.

28 He sent darkness, and made it dark; and they rebelled not against his word.

29 He turned their waters into blood, and slew their fish.

30 Their land brought forth frogs in abundance, in the chambers of their kings.

31 He spake, and there came divers sorts of flies, and lice in all their coasts.

32 He gave them hail for rain, and flaming fire in their land.

33 He smote their vines also and their fig trees; and brake the trees of their coasts.

34 He spake, and the locusts came, and caterpillers, and that without number,

35 And did eat up all the herbs in their land, and devoured the fruit of their ground.

36 He smote also all the firstborn in their land, the chief of all their strength.

37 He brought them forth also with silver and gold: and there was not one feeble person among their tribes.

38 Egypt was glad when they departed: for the fear of them fell upon them.

39 He spread a cloud for a covering; and fire to give light in the night.

40 The people asked, and he brought quails, and satisfied them with the bread of heaven.

41 He opened the rock, and the waters gushed out; they ran in the dry places like a river.

42 For he remembered his holy promise, and Abraham his servant.

43 And he brought forth his people with joy, and his chosen with gladness:

44 And gave them the lands of the heathen: and they inherited the labour of the people;

45 That they might observe his statutes, and keep his laws. Praise ye the Lord.

106 Praise ye the Lord. O give thanks unto the Lord; for he is good: for his mercy endureth for ever.

2 Who can utter the mighty acts of the Lord? who can shew forth all his praise?

3 Blessed are they that keep judgment, and he that doeth righteousness at all times.

4 Remember me, O Lord, with the favour that thou bearest unto thy people: O visit me with thy salvation;

5 That I may see the good of thy chosen, that I may rejoice in the gladness of thy nation, that I may glory with thine inheritance.

6 We have sinned with our fathers, we have committed iniquity, we have done wickedly.

7 Our fathers understood not thy wonders in Egypt; they remembered not the multitude of thy mercies; but provoked him at the sea, even at the Red sea.

8 Nevertheless he saved them for his name’s sake, that he might make his mighty power to be known.

9 He rebuked the Red sea also, and it was dried up: so he led them through the depths, as through the wilderness.

11 And the waters covered their enemies: there was not one of them left.

12 Then believed they his words; they sang his praise.

13 They soon forgat his works; they waited not for his counsel:

14 But lusted exceedingly in the wilderness, and tempted God in the desert.

15 And he gave them their request; but sent leanness into their soul.

16 They envied Moses also in the camp, and Aaron the saint of the Lord.

17 The earth opened and swallowed up Dathan and covered the company of Abiram.

18 And a fire was kindled in their company; the flame burned up the wicked.

19 They made a calf in Horeb, and worshipped the molten image.

20 Thus they changed their glory into the similitude of an ox that eateth grass.

21 They forgat God their saviour, which had done great things in Egypt;

22 Wondrous works in the land of Ham, and terrible things by the Red sea.

24 Yea, they despised the pleasant land, they believed not his word:

25 But murmured in their tents, and hearkened not unto the voice of the Lord.

26 Therefore he lifted up his hand against them, to overthrow them in the wilderness:

27 To overthrow their seed also among the nations, and to scatter them in the lands.

28 They joined themselves also unto Baalpeor, and ate the sacrifices of the dead.

29 Thus they provoked him to anger with their inventions: and the plague brake in upon them.

30 Then stood up Phinehas, and executed judgment: and so the plague was stayed.

31 And that was counted unto him for righteousness unto all generations for evermore.

32 They angered him also at the waters of strife, so that it went ill with Moses for their sakes:

33 Because they provoked his spirit, so that he spake unadvisedly with his lips.

34 They did not destroy the nations, concerning whom the Lord commanded them:

35 But were mingled among the heathen, and learned their works.

36 And they served their idols: which were a snare unto them.

37 Yea, they sacrificed their sons and their daughters unto devils,

38 And shed innocent blood, even the blood of their sons and of their daughters, whom they sacrificed unto the idols of Canaan: and the land was polluted with blood.

40 Therefore was the wrath of the Lord kindled against his people, insomuch that he abhorred his own inheritance.

41 And he gave them into the hand of the heathen; and they that hated them ruled over them.

42 Their enemies also oppressed them, and they were brought into subjection under their hand.

43 Many times did he deliver them; but they provoked him with their counsel, and were brought low for their iniquity.

44 Nevertheless he regarded their affliction, when he heard their cry:

45 And he remembered for them his covenant, and repented according to the multitude of his mercies.

46 He made them also to be pitied of all those that carried them captives.

47 Save us, O Lord our God, and gather us from among the heathen, to give thanks unto thy holy name, and to triumph in thy praise.

48 Blessed be the Lord God of Israel from everlasting to everlasting: and let all the people say, Amen. Praise ye the Lord.